New tramcar on the city circuit
I have spotted a new tramcar on Christchurch Tramways. R Class, No.1888. was making its first revenue run on Christmas Day 2017. 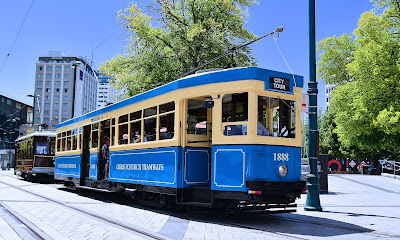 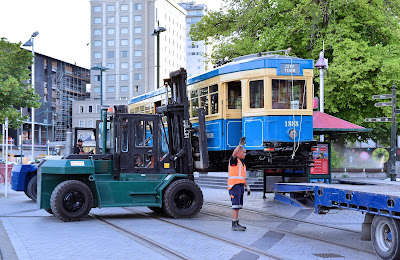 ``New’’ is not quite the correct expression. It was built in 1934 by Clyde Engineering, Granville, NSW, for use by the NSW Government Tramways. Numbered 1088, it ran on the Sydney tramway network till 1959 when it was donated to the Sydney Tramway Museum. It had been on lease to MOTAT in Auckland prior to being shipped to Christchurch where it was repainted at Ferrymead Heritage Park by Tramways Heritage Trust people and prepared for a new lease of life.  The original predominantly green livery was replaced with light blue enabling 1888 to stand out from other Christchurch city tramcars.
No. 1888 is on a 20-year lease from Sydney Tramway museum. Howard Clark, chair of the museum, was in Christchurch to see the tramcar arrive in the city. He approved of the new blue and cream livery and its renumbering from 1088 to eighteen eighty-eight.
I cannot think of one thing wrong with it, ’’ he said.  ``Its new livery suits the type of tramcar it is.’’ 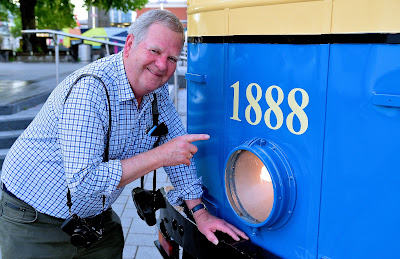 Its light blue and cream livery will make 1888 stand out from the other city tramcars. It is expected to be a great asset to Christchurch Tramway owing to the increased numbers of visitors and capacity required on the extended tram route.  The new addition brings the number of Christchurch heritage trams to seven. One is the popular Restaurant tram No. 411 also leased from Sydney Tramway Museum.
Interesting heritage features retained include notices in the saloon. 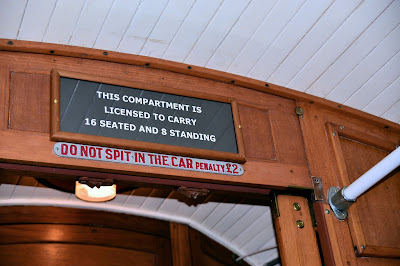 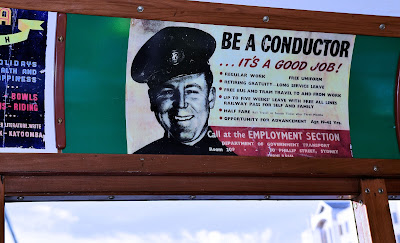 Posted by Journeys with Roy at 18:49 No comments:

I am not one to brag by blog. But until last week I would have had no idea what a Civic Award looked like even if I tripped over one. Luckily rather than tripping over, I was presented with one by Lianne Dalziel, mayor of Christchurch. It was in recognition of my efforts in getting the New Zealand World Peace Bell to Christchurch. It has been a prominent feature of our Botanic Gardens for 11 years. It was one of about 40 bells worldwide gifted, from Japan, to countries that had contributed significantly to world peace. Along with being a venue for peace-related gatherings, the bell site is also a meeting place and sanctuary in Christchurch Botanic Gardens. I had been nominated for the award by David Bolam-Smith. 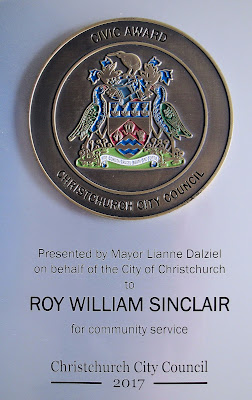 I became interested in the World Peace Bell while a reporter on the Press newspaper. I discovered a reference to a mayor of Shikoku, Japan, Chiyoji Nakagawa, who in 1954 had a huge temple bell cast using coins from member countries of the newly-formed United Nations. The bell was subsequently placed in the UN forecourt, New York, mounted on soil from Hiroshima and Nagasaki. Nakagawa’s message in gifting the bell was; what happened to my country should never happen to any other.
The success of the World Peace Bell was such that further bells were cast and gifted to countries that had made notable efforts towards attaining world peace.
I considered the actions of Mayor Nakagawa were brave. I then thought similarly of the actions of New Zealand Prime Minister, David Lange, initiating New Zealand’s anti-nuclear policy 30 years ago.
I visited my first World Peace Bell in Cowra when on leave to write a story about the NSW town’s annual cherry blossom festival. The Cowra bell is one symbol commemorating friendship between Japan and Australia resulting from the 1944 tragedy of the Cowra prisoner of war breakout during which some 200 Japanese were killed by Australian gunfire. Four Australian guards died. Many share the same Cowra cemetery.
During the 2001 Japanese winter I had an opportunity to travel to Soya misaki, northernmost tip of Japan, to visit a World Peace Bell.  A temperature gauge at Soya misaki recorded -22 Celsius. Quite a breeze was blowing. The nearest landmass is Siberia.
My subsequent story in the Press was sent to the World Peace Bell Association in Tokyo. The organisation distributed the story to worldwide World Peace Bell chapters.
This provided the opportunity to start negotiations to fulfil an ambition to have a World Peace Bell gifted to New Zealand. Being a keen cycling traveller, I offered, as part of the deal, to cycle the length of Japan.
In the meantime I found out that the World Peace Bell Association had previously approached Wellington with the idea of gifting New Zealand a bell.  Wellington City principals had little enthusiasm for the gift.
Capital cities were preferred locations. But I knew the Australian World Peace Bell did not go to the capital.
I also knew Christchurch, in 2002, had been declared New Zealand’s first Peace City. The concept was founded when a Christchurch peace activist, Kate Dewes, had a Peace City submission accepted by the UN Security Council. Also many of New Zealand’s peace promoters were Christchurch people.
I was advised that if he could swing the World Peace Bell for Christchurch the then mayor Gary Moore and his council would support it.
I signed the agreement with WBPA CEO, Tomijiro Yoshida in Tokyo on August 21, 2004.
Next day with my partner, Haruko, we flew with bicycles and gear (brought from New Zealand) to Wakkanai City. We were taken 30 km to the cape by a group from Wakkanai City Hall. Once there, we unpacked and assembled our bikes.
Following a ringing of the Soya misaki World Peace Bell the 4200 km journey began. It was our first of many bicycle journeys outside New Zealand.
We had allotted a three month stay in Japan. That was sufficient time to ride to Soya Sata, southern tip of Honshu (69 days) and a ride around southern Kyushu to Kagoshima City, then part of Shikoku and finally to Kurashiki (sister city of Christchurch), finishing the journey in Osaka.
Among highlights was the Atomic bomb museum of Nagasaki. There, I spotted a panel listing countries that had made significant efforts towards world peace.
To my delight New Zealand was Number One.
That evening I opened an email from Barbara August, of Christchurch City Council’s International Relations advising the New Zealand World Peace Bell had been cast was to be loaded onto the Japanese Peace Boat making its first voyage to New Zealand, calling at Auckland.
David Given, then curator of Christchurch Botanic Gardens, suggested the site for the bell. He welcomed an item from Japan saying our Botanic Gardens represented a society descended from Britain.
In the 21st Century that was no longer the case. Christchurch was multi-cultural. Besides, he had Asian plants he was keen to make use of.
A healthy camphor tree close to the World Peace Bell grew from a cutting obtained from a camphor tree that sprung up soon after the Nagasaki bombing on August 9, 1945.This was despite predictions nothing would grow for at least another 70 years.
Cuttings went to several destinations. The tree lives on in Christchurch, New Zealand. 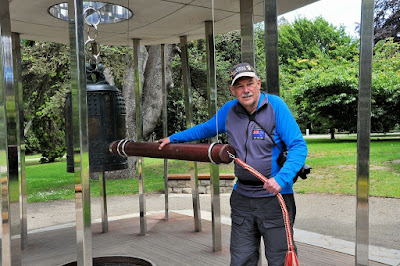 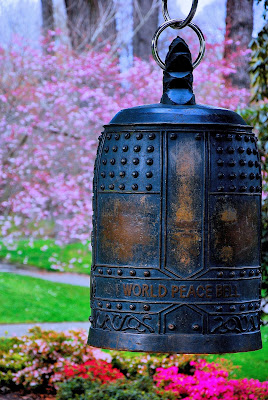 Posted by Journeys with Roy at 18:35 No comments:

I  enjoy writing about people who are inspirational. I recent interview is a case in point. I met Mike Lowdon and Tina Morrell representing a foursome training hard for a trek to Everest Base Camp from March 24 to April 15, 2018.

In addition to their arduous trek they will be raising funds to rebuild a home in the village, Khumbjung, destroyed in the Gorkha earthquake of April 25, 2015. The Sherpa family is presently living under canvass. The mother, Tangii, is unwell and needs medical help. The foursome’s mission is labelled Project EBC. The four are Mike Lowden aged 56, Tina Morrell 50, Bette Chen 37 and Fergus Flannery 19.

``We Want to make a difference,’’ says Tina Morrell. 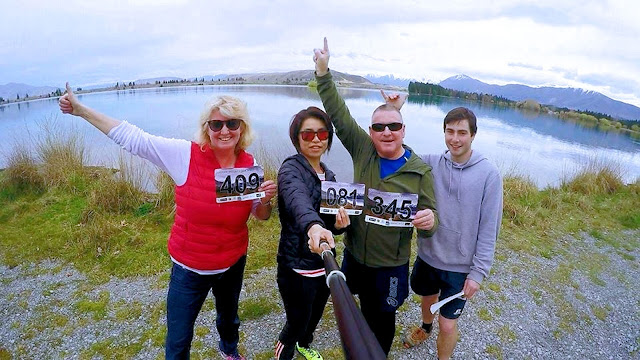 ``As individuals we had had an ambition to do something challenging we had not done before. We eventually crossed paths and struck a really good friendship.’’

Mike is business development manager at Ideal Electric. Tina is involved with Toastmasters and marketing.  Betty is the IT and digital marketing expert at Landpower agricultural machinery. Fergus is presently walking the Aotearoa Trail, the length of New Zealand.

``It is a massive undertaking over about nine days,’’ says Mike Lowden.
``The distance is not  the challenge. More so will be acclimatising to altitude and coping with altitude sickness. We will climb over 5500 m.’’ 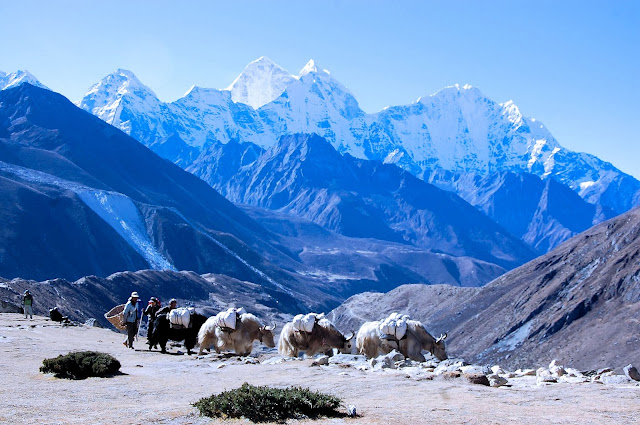 Other expected challenges include food. Meat is not good owing to it being old when consumed. The team will likely be lacking in protein. Flying into Lukla airport at the start of the trek is another challenge, it being considered one of the world’s most dangerous. It was constructed in 1964 under the supervision of Sir Edmund Hillary.

The team has been involved in hill walking, running marathons and specialised altitude acclimatising training.

The trek has been booked  with Anne Young Trekking Adventures,

``She put us in touch with the Sherpa family we want to help,’’ says Mike Lowden.

Mike is no stranger at being involved in events. He organises an annual spin bike event at Ideal Electric in Montreal Street, Christchurch. It is dubbed Tour de Montreal and is run during the famous Tour de France cycling race. The event raises funds for Special Olympics. The experience over six years has helped Mike with Project EBC.

Helping others is in his genes. It may simply be assisting someone experiencing problems in his workplace.

The team is self-supporting enabling all fundraising to go to the house rebuild project.  Buckets have been rattled in workplaces. A Givealittle page is linked to their Project EBC Facebook page.

``Who better to have as inspiration than Sir Ed? We will be giving back to the community as Ed did. It’s going to be fantastic.’’ 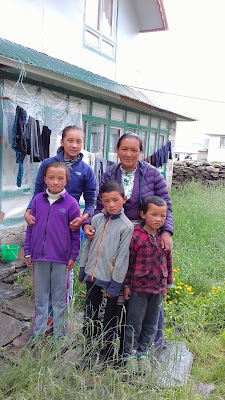 Posted by Journeys with Roy at 14:59 No comments: