This year’s extended travels landed me in some remarkable locations. Among them was at this remarkable baroque Church of our Lady dominating Dresden’s attractive Neumarkt (New Market Place).
Designed by George Bahr, it was completed in 1743. Two hundred years later years later it was wantonly vandalised by Allied bombing during the early hours of February 13, 1945. Along with the destruction of the attractive historic city, 30,000 people died. The bombing of Dresden in the picturesque Elbe valley has joined questionable events claimed to bring an end to WW2. Other debatable events include the A-bombing of Hiroshima and Nagasaki. 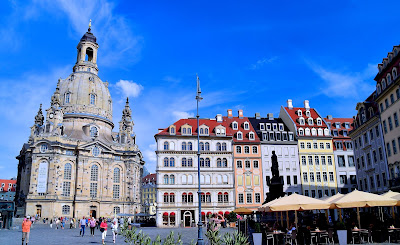 Frauenkirche is said to be ``a masterpiece of European baroque yesterday and today.’’
In February 1990 an open letter from 14 Dresden people, triggered a wave of support for the reconstruction of their Frauenkirche. Support was from beyond country, political and religious boundaries.  The Frauenkirche would once again become the artistic and spiritual centre of an ill-treated city. Over the next 15 years the Church became a reemerging cultural monument.
These days its wealth of artistic features, with their spiritual testimony, is brought to life, even for the most casual onlooker.
At first sight, I knew this church had to be visited. I was intrigued by its dominance along with the statue of the Reformation hero, Martin Luther, standing guard close to its entrance. 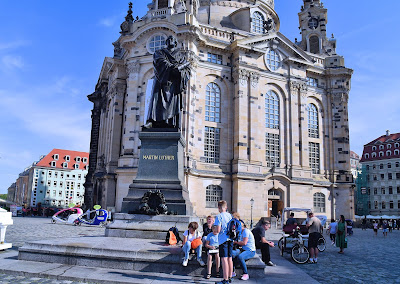 Interestingly, the Frauenkirche reconstruction was an archaeological rebuild utilising newly quarried Saxon sandstone. Salvaged materials from the original building were stored and used where possible. Some stonework, thanks to computer technology, was returned to original positions. Scars of history have therefore not been totally glossed over.
If the exterior is magnificent, nothing can prepare one for the splendour of the Frauenkirche interior galleries displaying another aspect of ingenious baroque architecture. 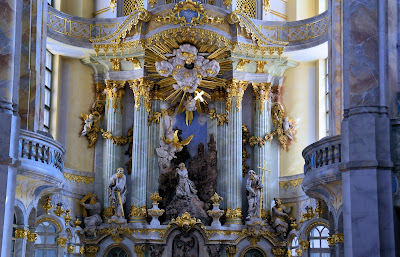 An arching cupola above them all, with Chistoph Wetzel’s artwork recreated, attracts the eye upwards. Even in earlier times the cupola contributed to extraordinary acoustics suggestive of a surreal spiritual quality. Such heavenly acoustics attracted musicians and their choirs from across Europe. Richard Wagner visited in 1843. 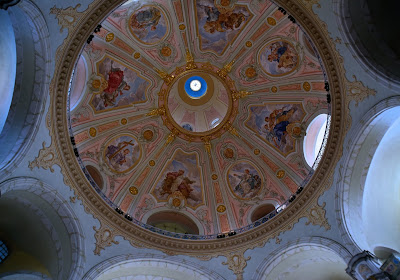 Appropriately, an extended mission of the reborn Frauenkirche has been to become an international centre for enhancing peace, reconciliation and justice.
In the aftermath of the 2010 and 2011 earthquakes that devastated my own city of Christchurch, New Zealand, mention of Dresden has been sounded on several occasions as authorities continued to demolish cherished heritage city buildings.
We still struggle with the restoration of Gilbert Scott’s neo-Gothic Anglican cathedral in our city centre.
Curiously, Coventry in England is a sister city of Dresden. Both cities tell astonishing, albeit differing, stories of the rebirth of a principal place of worship.

Posted by Journeys with Roy at 20:53 No comments: