The New Zealand’s 2019 budget scheduled for May 30 will be the first where well-being rather than GDP (Gross Domestic Product) will be in the front seat. New Zealand boasted of a ``rockstar’’ economy for many years with a GDP growth the envy of many countries. Yet homeless people and child poverty were rife. Well-being is a measure of satisfaction achieved by reducing the impact of social issue woes brought about by domestic violence, mental health issues and deprived children.  Minister of finance, Grant Robertson, concedes the long-used GDP measure is an arthritic dinosaur. The ``well-being’’ concept is not new according to my present reading. The Blue Zones of Happiness   by Dan Buettner. The book is series of ``lessons from the world’s happiest people.’’ Buettner is a New York Times best-selling author. 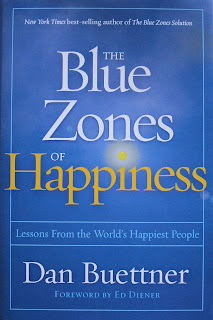 It was one-time British Prime Minister, David Cameron, who claimed it was time to admit there was more to life than money.  ``Well-being cannot be measured by money or traded in markets,’’ he said during his 2010 campaign to instigate well-being as a measure of success. Well-being is about the beauty of surroundings and culture. ``Improving our society’s sense of well-being is, I believe, the central political challenge of our times.’’


One cannot imagine Cameron’s tory mates agreeing but German Chancellor, Angela Merkel, came to a similar conclusion in 2013 following a two-year study of nationwide growth, prosperity and quality of life.


``We look at the stock exchange index or currencies on the news each morning and talk a lot about growth in terms of gross domestic product but we often don’t prioritise what is really most important to people,’’ said Merkel. And a former French president, Nicolas Sarkozy, said in 2009 ``there has been a troubling disconnect in recent years between what government statics are saying about the economy and what most people are feeling.’’


As was the case during New Zealand’s years of so-called ``rockstar’’ economy, French people were not feeling any better about their lives despite rising production and profits. ``The world over, citizens think we are lying to them and that the figures are wrong or being manipulated,’’ said Sarkozy. ``And they have reasons to think that.’’


GDP is the total value of goods and services produced in a nation divided by its population. When GDP is rising it suggests people are employed and spending money. But most worthy economists will admit GDP does not say anything important about society such as who is doing well in a larger sense and who isn’t. An example is that while GDP in the US increased over many years, most Americans were worse off.


Joseph Stinglitz who won the Nobel Prize in economics in 2001, said, ``the real benefits have gone to the very top. At the bottom, real wages adjusted for today are lower than they were 60 years ago. ``So this is an economic system not working for most people.’’


So while I predict many Kiwis will scoff at the concept of a well-being budget, our government has been willing to create an economic plan based on a wealth of quality international research. Our New Zealand Government has the courage to set a new tack in economic management. Let us wish them well. If successful, other countries are likely to take on well-being.   People all-over stand to benefit. 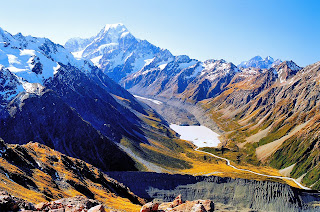 Posted by Journeys with Roy at 18:20 No comments: