Tripping along memory lane in Christchurch
On Friday February 22, many people commemorated the eighth anniversary of the Canterbury earthquakes that demolished much of our city.  Former Mayor, Sir Bob Parker, on his Facebook Page, appropriately described February 22, 2011 as Christchurch’s ``Ratbag Day.’’
The Mayor, himself injured during the earthquakes, became the excellent front-man presenting televised updates. He was distinguished by his orange jacket and signature T-shirt inscribed ``Munted.’’ 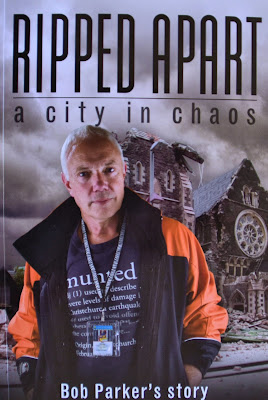 We rang the New Zealand World Peace Bell on Friday as part of the remembering 185 deaths resulting from the seismic disaster.  Many of them were young overseas students studying in Christchurch.  The World Peace Bell had been an integral part of the official commemoration prior to the Earthquake Memorial being established along the river. February 22 certainly justifies its moniker ``Ratbag Day.’’
February 23 this year will likely be remembered as the ``Fabulous Day.’’ It was the first open day for the restored and strengthened Christchurch Town Hall. The Hon. Gerry Brownlee, minister in charge of the massive Christchurch rebuild, had rejected restoring the Town Hall.  Mayor Bob Parker disagreed. He and his Council decided to restore the building. Further investigation by the following Lianne Dalziel-led Council agreed and made the restoration happen. Part of the reasoning related to the city having lost so much of its built heritage. So I went for a look, arriving soon after the ribbon cutting by the Mayor and 90-year-old Sir Miles Warren, one of the Town Hall architects. It turned out to be my trip along memory lane. 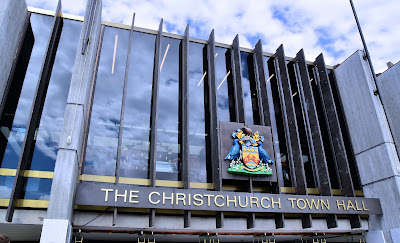 Back in 1972 I had a preview owing to having been contracted by the Listener, to provide photographs of the opening. I recall being invited to step into the auditorium. I was thinking, it being a Council job, it would look good. I was unprepared to be wowed by what I saw. It was magnificent. And that was before the Rieger pipe organ was added.

The auditorium’s elliptical cylinder design was the concept of Sir Harold Marshall, a specialist in acoustics at the University of Auckland’s School of Architecture. His Christchurch Town Hall achievement (particularly its  outstanding acoustics) was to influence the design of concert chambers worldwide. 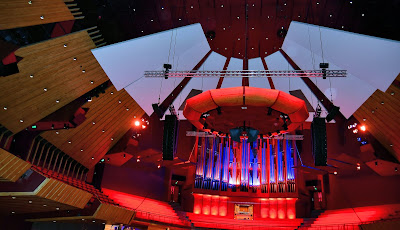 I remember photographing the Ferrier Fountain beside the river being unveiled by Mayor Hamish Hay. Again I was expecting something quite good, knowing it was reminiscent of the famous El Alemein fountain in Sydney’s King’s Cross. And again I was wowed. 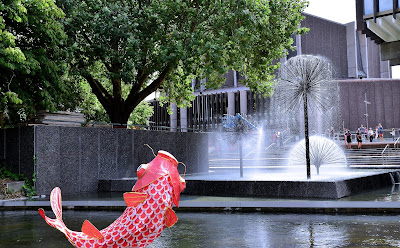 Up to the moment the Town Hall was opened I had perceived Christchurch as an uninteresting, mostly boring, city. The Town Hall changed all that. I recall subsequently attending concerts in the auditorium. One featured comedian Harry Secombe (BBC Goon Show). Another Ron Goodwin best known for his stirring movie scores. Then there were the Christchurch School of Instrumental Music (CSIM) concerts in which my eldest son, Paul, played his viola. A stand out one year in the CSIM Youth Orchestra was solo violin player Fiona Pears. Her hair style had her appearing like a ruffian teenager that frequented Cathedral Square. Playing a technical Sarasate piece, her musical flair appealed to hearts and souls. Fiona Pears was greatly gifted. No wonder she would be soon compared to Nigel Kennedy, the English ``punk’’ classical violinist who was wowing audiences worldwide during the early 1990s.
The Town Hall restoration was complex owing to its riverside location. The controversial $167 million price tag was about one third over budget. It would be impossible to say it wasn’t worth it. The result represents an amazing achievement and a credit to Christchurch City Councils going into bat for it. The open day tour was exceedingly well organised, steering us through a course to see it all, along with a photographic exhibition of the restoration.
The building has been strengthened to have a better outcome in a future seismic event. The best of it is that the result resembles the original. The reassembled 50 panels of Pat Hanly’s 1971 ``Rainbow’’ mural was looking superb. (I recall the controversy the mural caused at the time.) 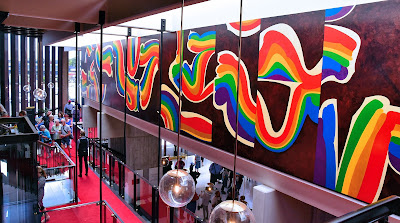 The walk-through concluded in the auditorium complete with musical performers –the Rieger pipe organ looking magnificent. Although it suffered no great damage during the  earthquakes, it required 1600 hour’s restoring work by Austrian organ builders, Rieger Orgelbau.
With the Town Hall restoration, Christchurch people have a familiar complex returned to them. It is something reassuring amongst the rebuilt city’s many modern-style buildings. Regarding the cost, one long-time Christchurch resident was quoted, ``It is way beyond the value for money.’’ I heartily agree. The open day had certainly tripped memories. It was inspirational. 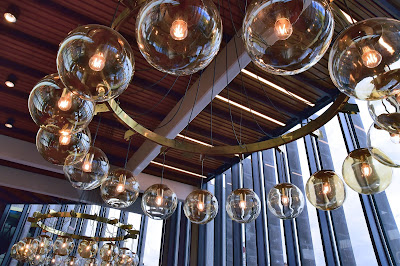 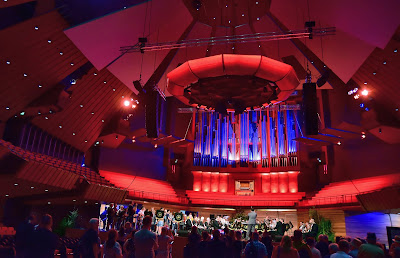 Looking for Dorothy
New Zealand is a country of waterfalls. Does that suggest it rains a lot under the long white cloud?
New Zealand has 249 named waterfalls spread from north to south.
As with most monikers in Aotearoa-New Zealand, waterfall names are mostly of Maori or British origin.
``Bridal veil’’ is an overused name for waterfalls. ``rere’’ is also frequently used within waterfall names –to leap or fall.
Waterfalls are also named after real people. One of the highest, Sutherland Falls, is a highlight while walking the Milford Track in Fiordland. The 580 metre-high falls are named after Donald Sutherland, a colourful pioneer of Milford Sound.
Tourist promotions will have us seeking out the best known and spectacular features of New Zealand’s natural environment. I suspect money spent on such advertising suits crowded tourism.
For my money, I delight in discovering almost hidden away natural wonders. 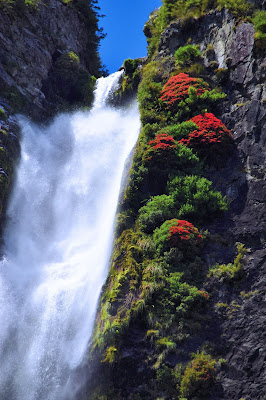 Waterfall in Arthur's Pass National Park, named after the Devil himself

One is Dorothy Falls, inland from Hokitika and close to magnificent Lake Kanerie. Dorothy Falls are found along a narrow gravel road just beyond Hans Bay, a popular picnic, camping and swimming spot on the eastern side of Lake Kanerie. Despite being visible from the road, it would be easy to pass by Dorothy Falls. They semi-hide amongst tree ferns and other foliage growing abundantly in the high rainfall West Coast climate. Dorothy Falls are 64 metres high. Much of the upper section is out of site, having the visitor thinking they are about half that height. Gazing upwards one will see water gushing through a narrow rock cleft. The water cascades in multi steps to its base pool.
We have to walk from the road to the falls. The Department of Conversation sign agreeably indicates the walk is two minutes –return. 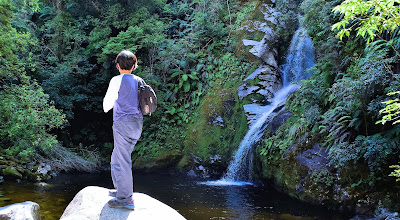 A jumble of smooth rounded boulders surround the base of the falls. They can be climbed on or used for a photogenic foreground. The water is a tanned hue, owing to a predominance of fern roots. Nearby Lake Kanerie where Dorothy Fall’s water drains to is also tanned. The water is, however, clean and safe for water sports.
Dorothy Falls are part of the 7000 ha. Lake Kanerie Scenic Reserve. 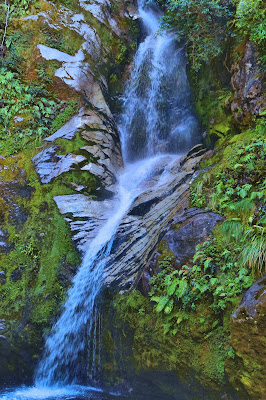 Another short walk follows the stream from the falls to the lake. If one is able to launch onto the lake in a boat the full height of Dorothy Falls can be seen. One would also see the surrounding mountains that are reflected in the unruffled lake.
I was confident there must be a real Dorothy who was the inspiration for naming the waterfall. A comprehensive appeal had a colleague kindly respond.
According to mythology Dorothy Gale, from Kansas, was blown to New Zealand on a tornado. She landed amongst the native forests of the South Island West Coast. Covered in dust and grime from her oceanic trip, she was glad of a thorough rinsing in a waterfall. The waterfall she chose for her scrubbing down was initially named ``Brown Falls’’ owing to the colour of the water ensuing from Dorothy’s grime.
Later, the falls were renamed to honour Dorothy Gale and her blustery arrival in New Zealand. A much more suitable name methinks. 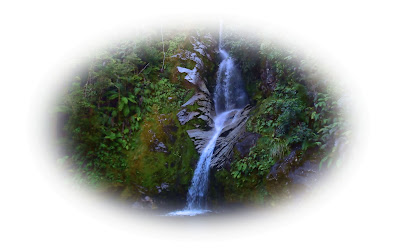 Posted by Journeys with Roy at 14:32 No comments: