Tourism Invasion
Recent reading was a back issue of Geographical Magazine (August 2017). A column about visitor numbers putting a strain on Iceland caught my eye.
As with New Zealand, it is natural wonders that attract visitors to Iceland.
Also similar to New Zealand is Iceland’s out-of-the way location, just south of the Arctic Circle in Iceland’s case.  Despite their location, the respective countries boast a booming tourism industry.
Iceland’s record 2.4 million tourists are taking a toll on the small country’s cultural and protected landmarks. Iceland embraced tourism following the crippling depression of 2008. Tourism served its purpose economically. But as more natural landmarks make the ``red list of endangered sites’’ locals are becoming wary of visitor’s disregard to protective fencing and forbidden off-road driving.
Visitor numbers have increased 1000 per cent over 20 years. Visitors regularly outnumber Iceland’s meagre population of 340,000. Iceland’s land area is 103,000 km sq. New Zealand is 268,000 km sq.
Lucrative holiday rentals in larger centres are pricing Icelanders out of their own homes.
Inadequate public transport, railways in particular, is adding to Iceland’s woes. A solution is to increase tax on tourist ventures from the present 11 per cent to 21 per cent.
Another innovation is to attract visitors to previously less popular locations.
I see similar problems rising in New Zealand where tourism has taken over from agriculture (particularly dairying) as the number one industry. The numbers are impressive. 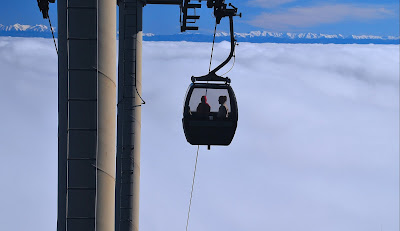 Arrivals, almost 4 million, are worth $14.5b to the economy. Tourism employs 230,799 people, representing 8.4 per cent of the workforce. Mo st visitors are from Australia followed by China. New Zealand tourism forecasts 4.9 million arrivals by 2023.
No wonder businesses involved in tourism are feeling buoyant.
But can our environment endure the stress of sheer numbers? Last year I wanted to visit Tekapo at the time of the lupin bloom. Accommodation costs (cheapest $400 per night) put paid to the trip. I felt we New Zealanders are being forced from enjoying our own country. 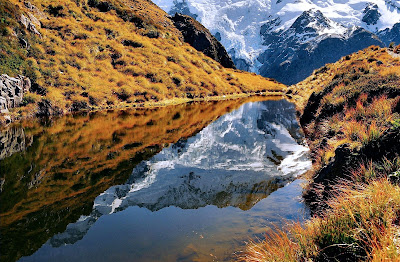 Several media stories have been about the strain tourism is having on Tekapo’s famous Church of the Good shepherd. Visitors disregard church services and use the surrounds as an impromptu toilet.
Nearby at Mount Cook, last summer a normally quiet camping ground, was bursting at its seams.
As with Iceland, holiday rentals are forcing locals away. At Queenstown much of the necessary workforce cannot afford to live in the lakeside town. They are forced to live a considerable distance away. 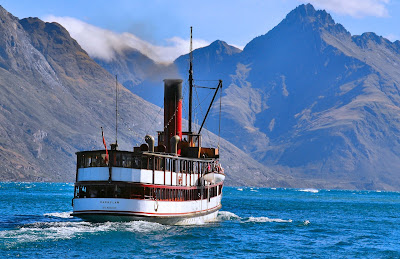 Yet, we hear little about solutions or even concerns for the environment. From a business point of view, when the environment is compromised there will be little reason for a tourism industry. People will go elsewhere. The challenge is in striking a balance and to know when enough is becoming too many.
A tax on Tourists is forever in the discussion phase.
We are privileged to live in New Zealand’s exceptional environment. Just a matter of keeping it that way. 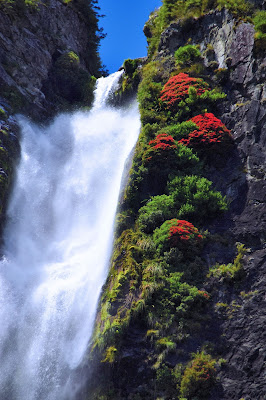 
Posted by Journeys with Roy at 19:45 No comments: