Worship beside the ocean

I am attempting not to be a fraud.  I admit to being somewhat of an agnostic but I have an appreciation for places of worship along with their stories. The Continental European world offers grand cathedrals, ornately decorated and furnished. Standing in such glorious places, I feel insignificant. I also marvel that people centuries ago had the dogged faith to set about building such glorious edifices to their God. 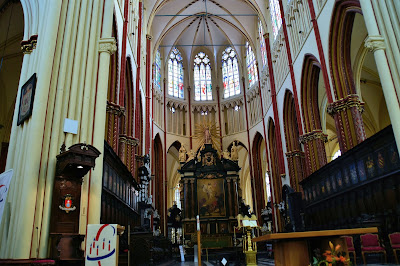 Half a world away, in Aotearoa-New Zealand, places of worship were also inspired by people of great faith. Their appealing churches, in many cases, were highlighted owing to their locations, delightfully tucked away in amazing natural surroundings. Many were constructed with locally sourced materials – stone or timber. One thinks of the ever-so-popular stone Church of the Good Shepherd overlooking Lake Tekapo. In Franz Josef village, St James church was famed when the glacier (since retreated) was framed in the altar window. A window above the altar of the Arthur’s Pass chapel frames Avalanche Creek waterfall.  Peel Forest has its tiny Church of the Holy Innocents semi-disguised by mature podocarp forest. In New Zealand’s North Island, my pick is the wooden Ruakokere Anglican church sitting on a promontory close to the winding road connecting small towns scattered along the East Cape SH 35. It had long been on my wish list to visit. I eventually had an opportunity during a multi-day bicycle trip, in February 2011, from Gisborne to Whakatane. It was not difficult to spot, it being alone in the landscape –a radiant landmark with its sun-drenched white exterior contrasting with a deep blue sky flecked with wind-driven clouds. 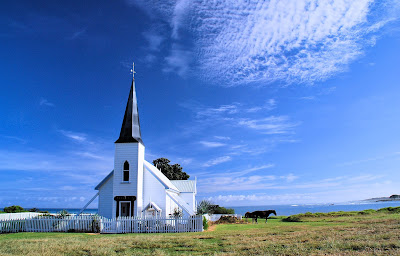 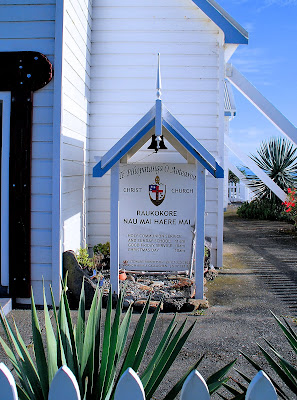 Also known as The Church of Loaves and Fishes –a well-known bible story, the landmark church was constructed in 1894 by pioneer builder, Duncan Stirling.
Stirling worked for several years building on the East Coast. He came to the attention of Maori elders as a suitable husband for Mihi Kotukutuku, a Maori maiden. Mihi Kotukutuku and Duncan Sterling were married in the Ruakokere church in 1896. The ceremony was conducted by Bishop Leonard Williams. Duncan Stirling spoke only a little Maori. Mihi’s extended family, to ensure the marriage was a success, became Anglicans.
Duncan Stirling built a beautiful, many-roomed home for Mihi at Raukokore. It became known locally as Stirling Castle. There, Mihi soon produced a son, the first of 10 children. Duncan continued his building business and later became a cropping farmer growing mostly maize. Maize is a cereal grain also known as ``corn.’’
Mihi became a local chief. She was entitled to the first share of fish, especially moki, caught each season at Cape Runaway. She distributed the fish amongst her people.
She was also an expert at growing enormous kumara by traditional methods. Her kumara were also distributed locally.
I ponder the story of Duncan and his Maori wife Mihi as I explore the simple interior of Raukokore church with its rows of basic wooden pews and traditional font for infant baptisms. And I discovered one more snippet of Raukokore folklore. Being close to the ocean, in recent years a colony of penguins have made their home beneath the church. Church attendees complain the building frequently ``smelt somewhat fishy.’’ 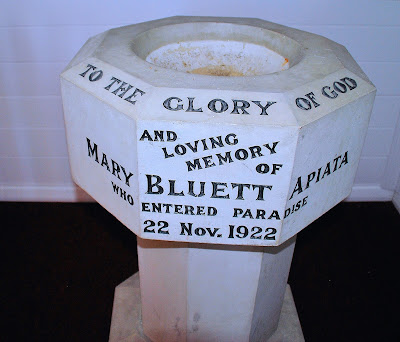 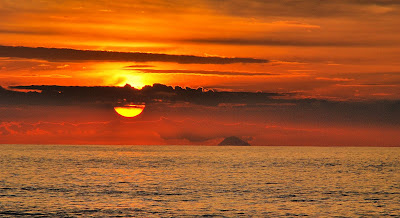 East Cape sunset
Posted by Journeys with Roy at 17:28 No comments:

The Cut out Girl
`Without families you don’t get stories.’
This is without doubt one of the most fascinating books I have read –a real page turner. Its author, Bart van Es, was born in the Netherlands. At a young age he was taken to Britain where he grew up, eventually becoming an Oxford University professor of English literature. At some stage he finds out his grandparents, Jans and Henk van Es had sheltered Jewish girls during the Nazi occupation of the Netherlands. This leads him to meet with Hesseline (Lien for short). By then Lien is in her 80s.  The Netherlands has a history of being a favoured country for people escaping conflict. At the time of the Nazi occupation an estimated 18,000 Jewish people were living in The Hague. Of those 2000 survived. Across the Netherlands 104,000 Dutch Jews, many of them children, died during WW2. Lien’s parents had sent their daughter to a safe shelter just a month before they were themselves arrested and sent to their deaths in Auschwitz. 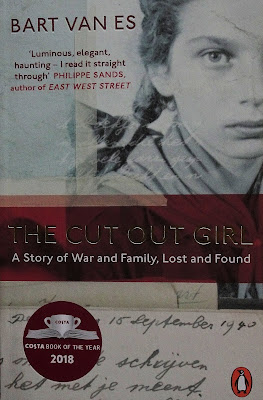 Bart van Es magnificently weaves a story of Lien’s war years and how they rebound on her adult life. She has been cut out of her own family and, later, through curious misunderstandings, the van Es family. At one stage she lived with a family where she was treated as a servant and suffered sexual abuse. The story brilliantly unfolds with the author visiting locations relevant to Lien’s life. This way the reader gets an insight into Dutch culture. This I found fascinating having cycled through much of the Netherlands in 2008 as a prelude to a Scandinavian bicycle tour. I have vivid memories of visiting the Anne Frank house in Amsterdam.
I had been introduced to Dutch people who had, post WW2, immigrated to New Zealand.  We didn’t like them. They worked hard and showed us up. I recall, as a teenager, having a Dutch boss. We unfairly called him a ``Dutch bastard.’’ He was off side for insisting we youngsters did the day’s work for the day’s pay. And he set a good example. I should have been more charitable, having been fascinated by the history of Dutchman, Abel Tasman, the first European to discover my country –New Zealand. 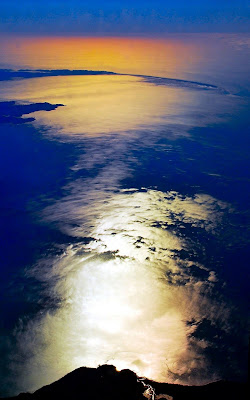 The cycle tour in the Netherlands introduced us to some great, kind, people. I recall, when lost, having asked a couple for directions. We were invited to their nearby home for coffee. We kept in touch for many years. On returning to New Zealand I attempted to track down my former Dutch ``bastard’’ boss. Regrettably, I was not successful. He had a large garden from which he frequently brought us lettuces.
The Cut out girl thus rekindled agreeable memories. As a writer myself, I am partial to ``people’’ stories. For many years I enjoyed penning a ``I remember when’’ series for Latitude magazine. Van ES writing about his distant relatives and a Jewish girl they sheltered transplants ``people’’ writing into a whole new realm. The Cut out Girl is a `must read’ especially at a time when, in many countries, white supremacy and anti-Antisemitism are dangerously on the rise, recklessly spurred on by too many rogue world leaders.


Posted by Journeys with Roy at 21:22 No comments: