A week has gone by since the annual Christchurch Big Model Train Show in Pioneer Leisure Centre. When a final count is made it is likely the show attracted an excess of its anticipated 10,000 visitors over the two days. The 30 or so layouts were outstanding. Some were new to the event. This year’s ambitious theme was Youth and Technology. Many layouts were run by PCs or smart phone apps. That’s the way of the future for the hobby. 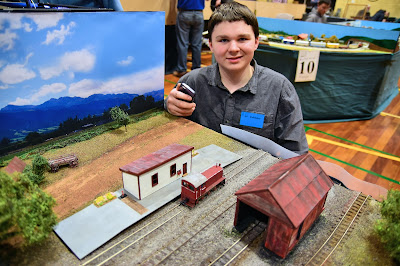 Also ensuring the future were the youthful exhibitors. 15-year-old Celyn Bennet had his Tussock Flat layout accompanied by his 3D printer demonstration. I also spoke to 11-year-old William McDowell with his inspiring William’s Wonder layout. He told me he had grown up in London where trains rushed past his home every two minutes. He designed his layout of ascending circles but was told it would not fit into the assigned space. Then his grandfather, a retired structural engineer, visiting New Zealand on holiday spent a lot of time carefully measuring. The upshot is it worked out.
William was keen to bring his unfinished layout to the show having been impressed by layouts at last year’s show. He had two trains running well which drew the onlookers. The show’s committee helped William with additional items for scenery. I will follow William’s railway modelling with interest. 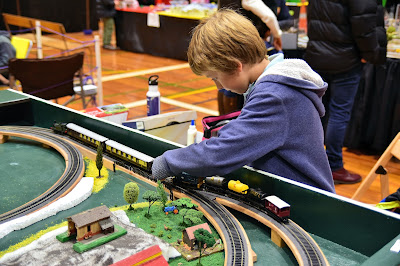 Thomas Woermann, also aged 11, had his Tinyworld N-gauge layout. It also ran very well. He told me his father had built two layouts and provided the necessary inspiration.
The Marklin Club turned out their impressive layout as did One Track Mind, the latter presenting a long-time favourite of Lyttelton in 1963 on the occasion of the visit by two immaculately restored F class locos. 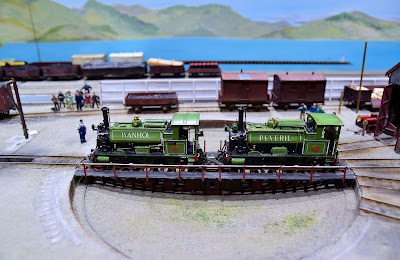 The Blenheim modellers got a lot of attention with their perfect operation of a US train of oil tanks. It was one of the few layouts where trains ran at scale speeds. 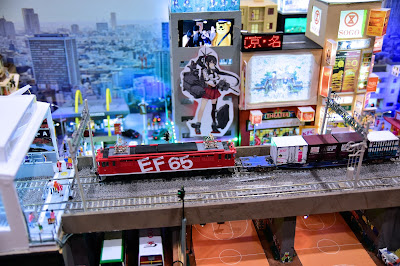 New to the show were dioramas, instigated by committee member Arthur Linnell. Dioramas were from beginners, mostly very young, and accomplished modellers. All were exceptional.
Acorn models provided trophies for the show. Guest speaker for Saturday evening’s exhibitors’ get together was long time tramway historian John Shanks. He told us how getting involved with restoring old tramcars side-tracked his railway modelling.

An entirely satisfactory two days of model railway on show. If I have a wish for next year it will be a twenty-first century layout with abundant renewable energy modelled –wind turbines and solar panels. Of course the trains will be electric powered. 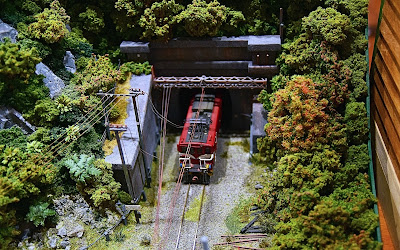 Posted by Journeys with Roy at 16:09 No comments: