The Christchurch Port Hills fires, fiercely burning for several days from late afternoon on February 13, 2017 wiped out the best part of 2000 ha of scrub and forest. They jumped roads and threatened hill-side suburbia. It was a relief to discover the fire little more than licked a much enjoyed historic building, the Sign of the Kiwi sitting on the crest of Dyers Pass Road. 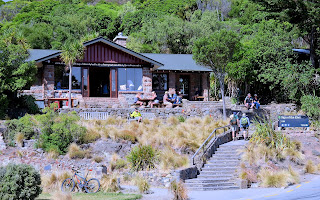 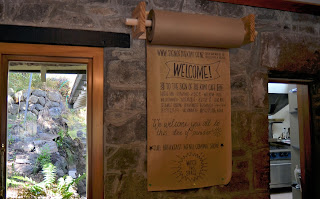 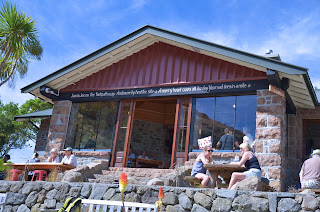 The Sign of the Kiwi was closed following damage from Canterbury earthquakes of 2010 and 2011. It had re-opened on January 23, 2017 following a $1 million rebuild programme. It was re-opened in time for its centenary commemoration. The historic building is owned by Christchurch City Council. The café is leased to cyclist Janice Thornton. When a youngster hill walker I was a regular hiker arriving at Sign of the Kiwi. Not long before the recent fires I joined companions for a revisit for morning coffee and date scone. We walked from Victoria Park. Pleasingly, the café was humming. Seemed it was quickly making up for almost six years of lost patronage. Te coffee and scone scored top marks. Reconstruction has been well done. I was delighted to see William Shakespeare’s quote from The winter’s tale above the entrance:

Jog on, jog on, the footpath way, And merrily hent the stile-a;

A merry heart goes all the day, Your sad tires in a mile-a.