Footprints in the sands of Kapiti
You cannot leave footprints in the sands of time (in Kapiti) when sitting down is a slightly adapted quote meaning, loosely, nothing is achieved unless you are active.
It is no surprise most of us are easily drawn to an ocean-side sandy beach. And, walking or running, whatever our age, we eagerly glance behind to spot our retreating footprints. With a Christchurch Tramway colleague, Ken Henderson, I recently visited a former tramway operation’s manager, John Smith, who retired from Christchurch and relocated to the Kapiti Coast, about 55 km north of Wellington.  He lives in Paraparaumu. Another popular Kapiti town is Waikanae. John Smith is one of those wonderful larger-than-life characters with a booming laugh. The three of us were long-time good mates on the tramway. A Kapiti reunion was therefore essential. 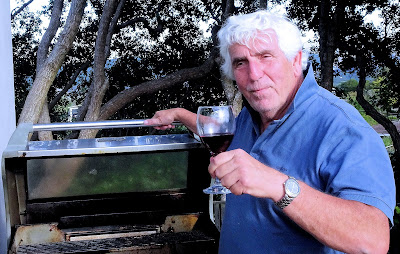 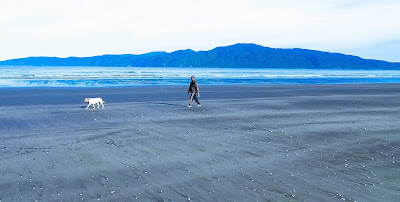 Who takes who for a walk on the beach?
Kapiti Coast is sparsely populated compared with Wellington and the Hutt Valley. And it is just far enough north to miss the southerly blusters that wrap around the toehole of Wellington.
Kapiti towns with their generous amenities are squeezed into a narrow strip of coastal land between the Tararua Mountains and the off-shore Kapiti Island. Most inhabitants, including our erstwhile manager, reside within a few minutes’ walk to the ocean-side. Needless to say, our days began with a brisk stroll along the foreshore.  My step counter would predictably record in excess of 10,000 steps – a good morning’s exercise. The first morning was punctuated by a scrumptious breakfast at the Green and White Ribbon café.
Established in 2018 by Gordon and Norma Ratahi, it is a thriving business that, Norma says, gives back to the community through support for worthy charities. Coffee was good and, unusual for me, I had eggs and bacon on crisp toast. Gosh it was good. 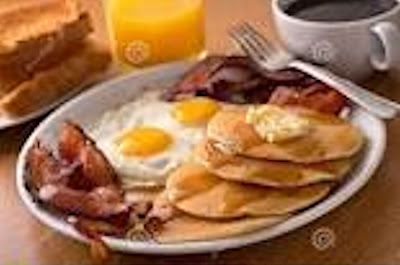 The three of us enjoyed much merriment along with reminiscing. To add to the camaraderie we caught up with Ian Wilson, another trammie who had retired in Waikanae.
During our morning exercise we did not have the pleasant Paraparaumu beach to ourselves. It was heavily populated by joggers, dog walkers and those, like us, enjoying the fresh sea air and the ocean views while contemplating stopping for the morning coffee break. As always I was intrigued by patterns left in the sand by ever changing tides. 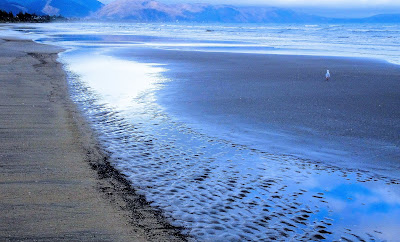 Patterns in the sand

Sea shells, devoid of their marine inhabitants, were scattered like pebbles in the sand. Birdlife was abundant; the common red-billed seagulls and the larger Black-backed gulls. The latter stood tall, their animated reflections seen in small pools of seawater trapped by the retreating tide. Kapiti Island was our constant off-shore companion. A tractor curiously mounted above oversized wheels pushed a trailer into the sea. It was waiting for the Kapiti Island tour boat to arrive and it would be towed onto Paraparaumu beach. 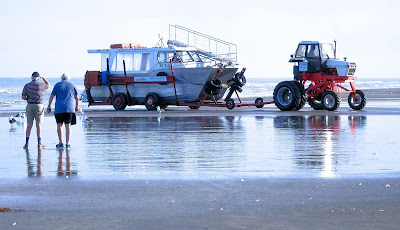 High and dry
The crossing to Kapiti Island takes 15 minutes. The predator-free island is 10 km long and two km wide. It is billed a magical place, the home of birdlife no longer seen on the mainland. The narrow strip of ocean between the island and Paraparaumu Beach has incredible water clarity. It is therefore a popular location for scuba diving.
I mused about Kapiti Island once being the home for the warmongering Maori chief Te Rauparaha who captured the island in 1822. With his Ngati Toa people, Te Rauparaha lived there until his death in 1849.  It was his base for raiding tribes between Marlborough and Whanganui. He is believed to have been buried on the island but his grave has not been found. Kapiti Island was designated a reserve in 1897. These days the island is administered by the Department of Conservation. A permit is required for a visit. Visitor numbers are limited to 68 per day.
The island was originally known as Entry Island. It was so named in 1769 by Captain Cook owing to its location at the entrance to his namesake Cook Strait, the seaway separating Aotearoa-New Zealand’s North and South Islands.
Kapiti Coast is accessible from Wellington by a frequent metro train service. Kapiti Nature Tours will get you to the Island. www.kapitiislandeco.co.nz. A permit is obtained from Department of Conservation. Advisable to make bookings in advance. 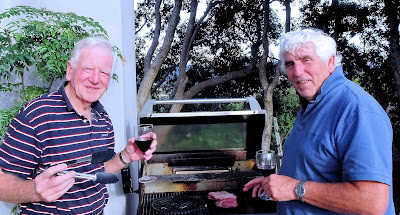